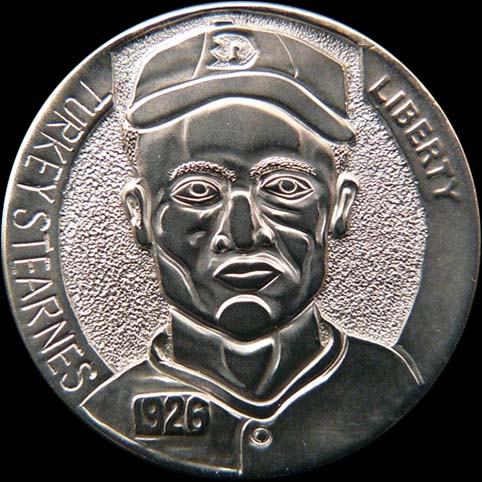 Add your review of this item here

Baseball Legend & Hall of Famer Turkey Stearnes. Turkey Stearnes played in Negro Baseball League thru the 1920's & 1930's. He is one of only two men in baseball history to ever win the quadruple crown.  He played for a few different teams, but spent most of his career playing for the Detroit Stars. Carving features Turkey wearing Detroit cap on obverse & Detroit Stars Logo on reverse. Carving is done on a 1926 Buffalo Nickel (one of the years Turkey played for Detroit).